Download Dropbox 133 - A free service that lets you bring all your videos, photos and docs anywhere and share them easily

Dropbox is one of the free online data storage services, allowing users to carry all their photos, documents and videos anywhere and view them on any connected device. This means that files you have saved to Dropbox are automatically saved on your computer, phone, and on the Dropbox Web. 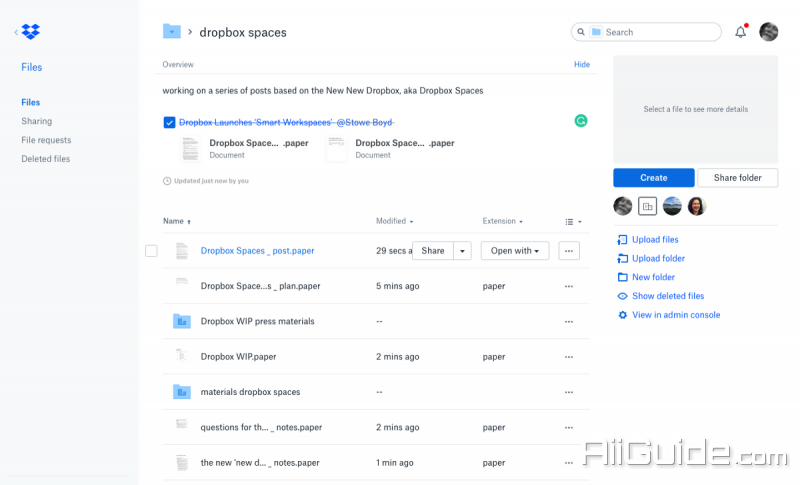 The program also makes it super easy to share with others, whether you’re a student or professional, parent or grandparent. Even if you accidentally spill a latte on your laptop, have no fear! You can relax knowing that Dropbox always has you covered, and none of your stuff will ever be lost. The application works just like any other folder on your computer, but with a few differences. Any files or folders inside Dropbox will get synchronized to Dropbox’s servers and any other computer linked to your account.