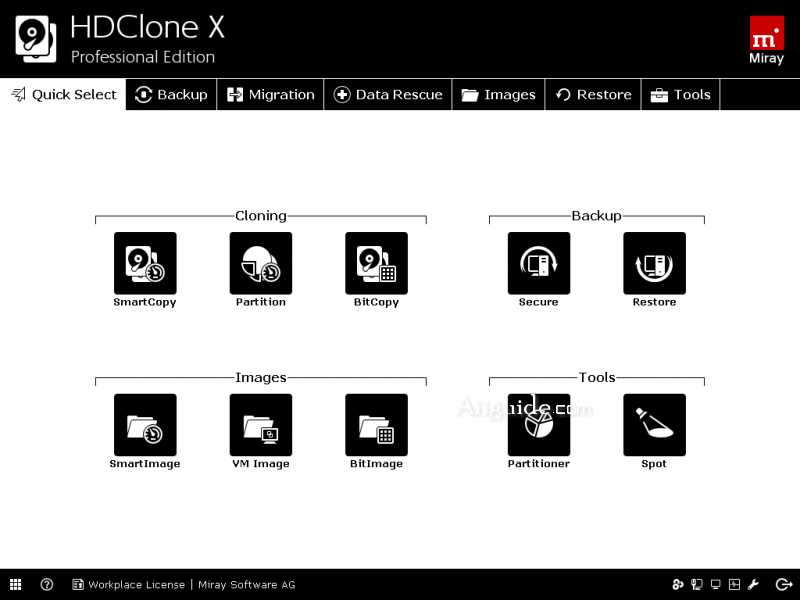 With its specialized features, it helps to clone data in the hard drive to another hard drive to ensure safety, the software can work with some hard drives such as IDE/ATA, SATA/eSATA , SCSI, USB, and Firewire it works on all partitions like FAT, FAT32, NTFS.

HDClone creates physical or logical copies (clones) and file images of hard disks and other mass storage media. HDClone is a perfect tool for backups and copies of entire software or operating system installations. A special 'SafeRescue' mode makes HDClone an invaluable tool for rescuing defective hard disks and other media. HDClone works independent of partitioning scheme, file system, and operating system. It also works with proprietary formats which otherwise would be unaccessible.