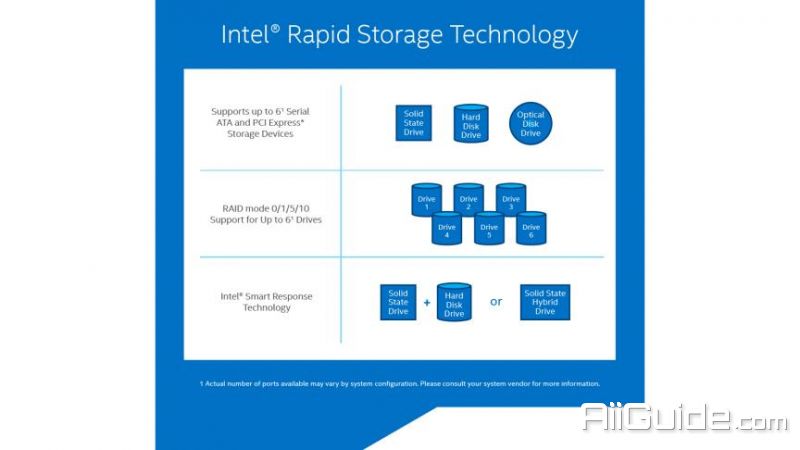 The amount of information we create, record, edit, share, and save - from the movies we watch to the pictures we take and the documents we store - has greatly increased over the years. All of this high-quality digital content demands a responsive, safe, and reliable storage solution.

Intel Rapid Storage Technology (RST) offers greater levels of performance, responsiveness, and expandability than ever before. Whether you are using one or multiple serial ATA (SATA) or PCIe drives, you can take advantage of enhanced performance and lower power consumption from the latest storage technologies. Additionally, you can rest easy knowing you have added protection against data loss in the event of a hard drive failure.

Unleash the Performance of Your Solid-State Drive

Fast Access to the Files and Applications You Use Most

Intel® Smart Response Technology is a feature of Intel Rapid Storage Technology that recognizes and automatically stores your most frequently used applications and data into a high performance SSD while giving you full access to the large storage capacity of a hard disk drive (HDD). This enables a lower-cost, small-capacity SSD to be used in conjunction with a high-capacity HDD. Intel Smart Response Technology enables your system to perform faster than a system with just a HDD.

Intel® Rapid Recover Technology (Intel® RRT) provides a recovery point that can be used to quickly recover a system in the event of hard drive failure or data corruption. The clone can also be mounted as a read-only volume to allow a user to recover individual files.