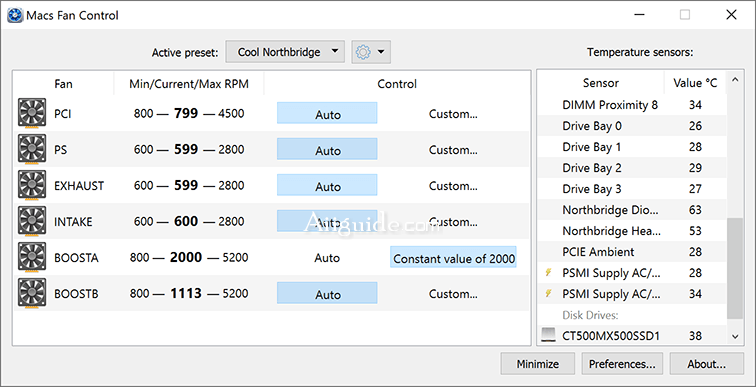 Macs Fan Control allows you to control various vital aspects of fans, including noise and overheating issues on Macintosh machines running Windows. With Macs Fan Control, you are provided with the ability to utilize the Fan Control for heat level or sound optimization. You will find the UI straightforward and easy to use. This fact allows for quick access to view the current temp as well as essential hardware components like hard drives, processors, optical drive, etc.