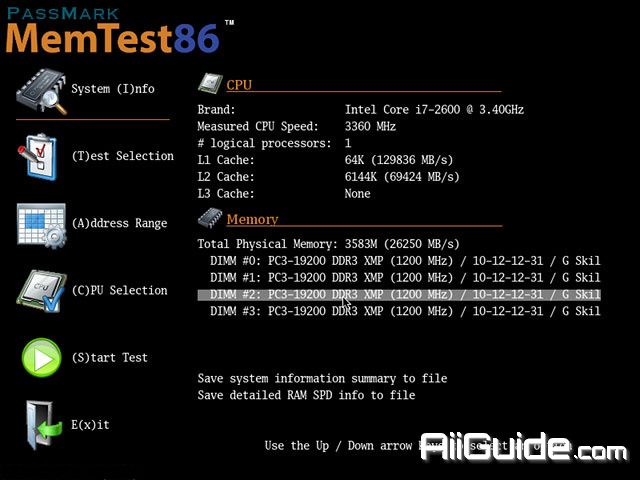 MemTest86 is the original, free, stand alone memory testing software for x86 and ARM computers. Memtest86 is considered by the majority of the hardware testing community the number one application when it comes to defective RAM sticks. The answer to the question regarding the working state of the installed memory modules comes fast with Memtest86 and that is what matters the most besides the certainty of the verdict.

System RAM memory is integral for the proper functioning of your OS and handling of your data, and confirming that it is at fault (or ruling it out) can save you many worries and help you with troubleshooting errors on your PC.

RAM chips consist of a large array of tightly packed memory cells, one for each bit of data. The vast majority of the intermittent failures are a result of interaction between these memory cells. Often writing a memory cell can cause one of the adjacent cells to be written with the same data. An effective memory test attempts to test for this condition. Therefore, an ideal strategy for testing memory would be the following:

Features and Highlights of Memtest86: