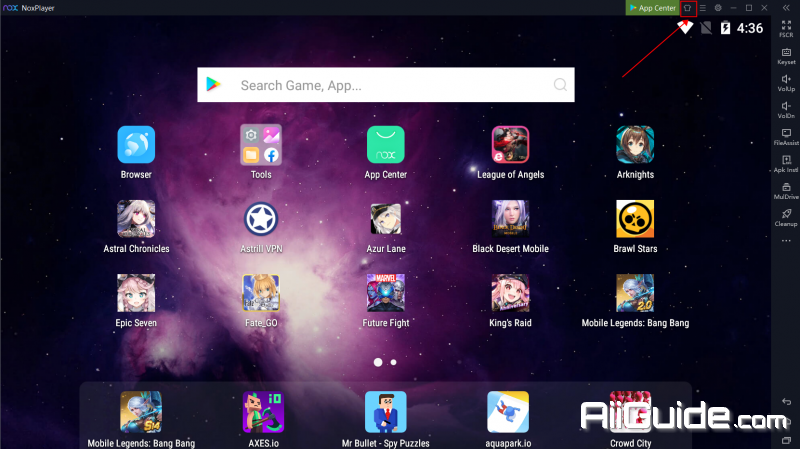 Nox App Player comes with a multiplayer mode, which allows users to run multiple concurrent instances of the emulator on the same computer screen. Thus, they can have each instance of Nox App Player running a different application or game in the foreground, and can monitor all of them simultaneously.

Based on the Android 4.4.2 platform release, the tool comes with Google Play integration out-of-the-box, something that rival tools out there might not feature. Thus, users can not only load APKs already stored on their computers but can download and install software from the official store.

The emulator has been designed with support for connecting gamepads and controllers and also offers full support for the computer keyboard, which can prove handy when playing ARPGs (Action Role Play Games). The emulator allows users to choose a location for their virtual device and also delivers access to all of the settings and configuration options that a real Android device would offer to them.

All in all, Nox App Player is a powerful Android emulator that allows users to run Android applications and games directly on their computers. It is an appealing entertainment tool, but it can also prove a great development utility, as it allows programmers to test their new applications in a full-featured environment.