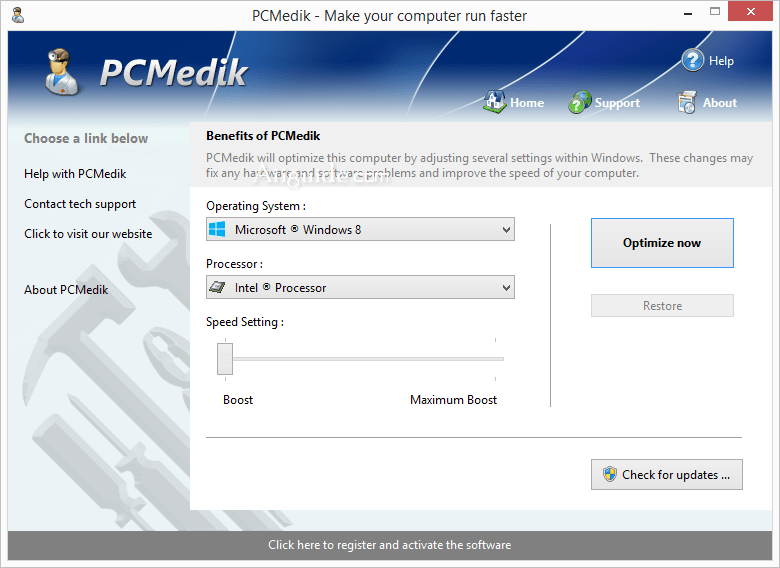 PCMedik makes your computer faster by making several changes to Windows settings; for instance it turns off several animations that degrade performance, instructs the CPU how to prioritize background tasks, how files are loaded and written to the hard drive, changes to the way memory is used when programs use the memory swap file and dozens of other performance settings.

PCMedik is one of the easiest to use PC optimization utilities available on the market. We designed PCMedik to be very easy to use, allowing a novice computer user to simply install our software, click a single button and reboot the machine for an instant speed increase.

Your computer works similar to a car, if over time you do not perform maintenance and tune-up's they both begin to exhibit problems and don't have the same performance they did when they were brand new. PCMedik performs a quick tune-up, fixes problems and optimizes the performance of your computer with a single click of the mouse. Don't waste money buying a new computer because your computer is slowing down or having problems, download a trial version of PCMedik today and make your computer run faster.