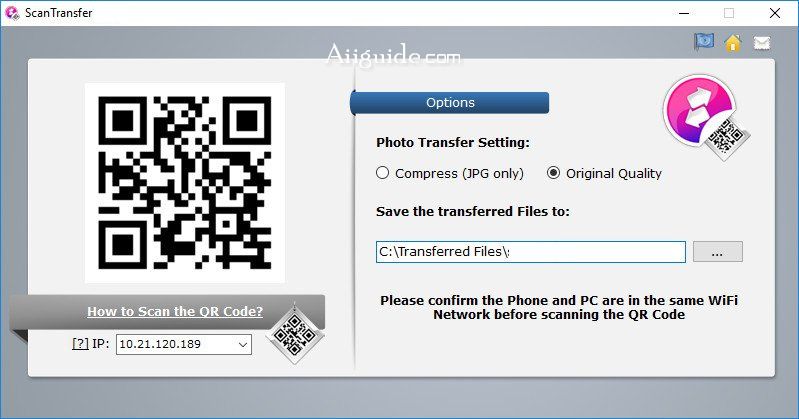 ScanTransfer is a free Windows desktop software program which enables you to transfer photos and videos from your smart phone to your computer or laptop without the USB wire / cables. ScanTransfer is a clever software that enables you to transfer photos, videos and other files from your phone to your PC via Wi-Fi and without the need to install any app on your phone. ScanTransfer works with iOS and Android phones that have the capability to scan a QR code. You can scan with the iOS camera, Facebook or Twitter app, or any other QR capable app.

During our tests, ScanTransfer behaved flawlessly, and we encountered no issues whatsoever. Its characteristic ease of use and the quick response make it a user-friendly application anyone could benefit from when trying to send files from their mobile device to their PC. Hopefully, however, transferring data the other way around, from the PC, that is, will be possible in the future as well.

Can transfer files from your Android or iPhone wirelessly

Only asks you to scan a QR code