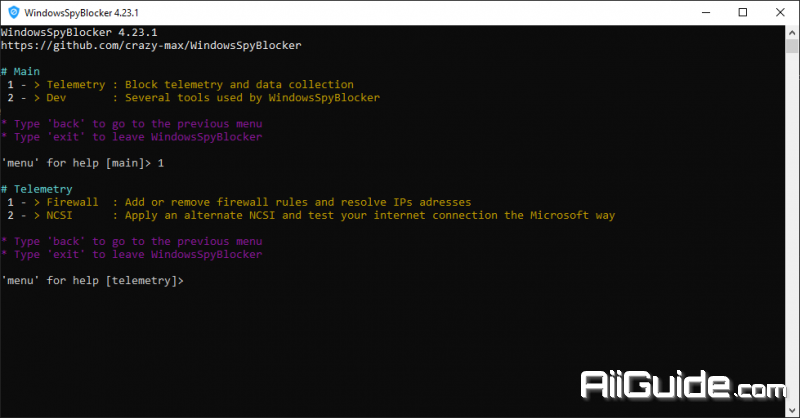 Windows Spy Blocker is an application written in Go and delivered as a single executable to block spying and tracking on Windows systems. Windows Spy Blocker is a set of rules to block Windows spy / telemetry based on multiple tools to capture traffic. The application can deploy a set of Firewall rules dedicated to Windows 7, 8.1, and 10, which block access to various domains which are potentially harmful. You can view the status of the rules at any moment and even remove them.

Management options are delivered through a command-line interface, but this gives you little to no accommodation problems, especially because of the detailed descriptions found along the way. Menus are comfortable, and you can always recall menu commands in case they’re out of sight or unsure on what to do next.

The WindowsSpyBlocker project is split into two parts:

WindowsSpyBlocker provides a tool to apply or remove network rules from your Windows firewall: