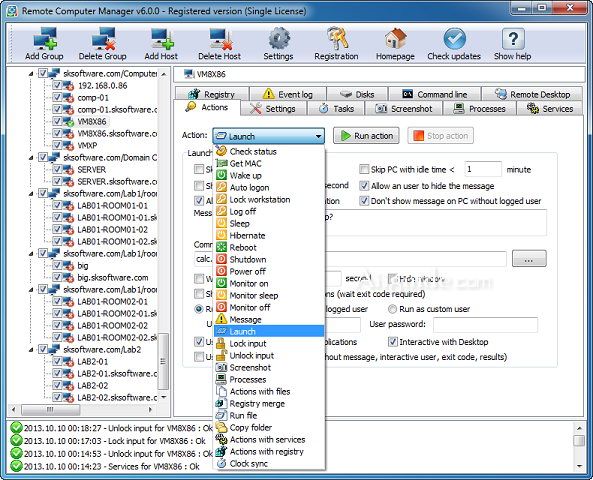 The program can also get the list of remote processes and services, netstat information, screenshot, entries from registry, entries from event log and other details for each PC. Using the application you can make remote operations on one or multiple network computers with one click. Remote operations can be executed automatically according with defined schedule, so you can organize fully automatic computer management for your company. The software supports IPv4 and IPv6 protocol and can be run as a service.